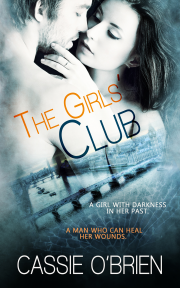 A girl with darkness in her past. A man who can heal her wounds.

A dark night. A shortcut through the park. A nineteen-year-old girl is violently mugged.

Ness lives in London with her flatmate Jules—single, carefree but shadowed by the darkness of the violence that has created a distrust of strangers and the inability to have a sexual relationship with a man who is not first a friend. Then she meets Jason…

Their attraction is powerful, their sex incredible and they are compatible in other ways, too, but Ness’ insecurities come to the fore. She doesn’t have the life experience to determine whether Jason feels the same—and the antics of her co-workers aren’t helping.

Jason—who has mysterious ties to his business and the artworld—must recognize that his attractiveness to other females is an issue before the sudden threat he encounters puts them both in danger of not being together at all or suffering a deadly fate.

The moon hid behind the trees to leave the path a dark trip hazard of exposed, misshapen tree roots for us to find. I grabbed Jules’ hand to steady myself and giggled into the warm night air as I stumbled. Jules giggled beside me.

“Shouldn’t ’ave had the last one, Ness.”

Jules lurched against me as her shoe snagged and caught. I laughed and pushed her upright again.

“Only gotta get through the par—”

Jules’ chin hit her chest and her knees crumpled as the back of my head exploded with pain from a curled fist that I glimpsed out of the corner of my eye as my legs gave way. My butt hit the path and I joined my scream to Jules’, kicked out with my foot and caught the thigh of the chunky male closing the gap between us with the high heel of my shoe.

The man made a grab for my ankle. I brought my other leg up, kicked, caught his thigh again with the heel of my other shoe and screamed louder. Jules’ shrill cry cut off with a crack of bone on bone.

The man lurched forward and dropped his weight onto my legs, used it to stifle my struggles and cut off my voice with a hand clamped over my mouth and nose as I writhed beneath him. I fought for breath, aimed desperate fingernails at brown eyes beneath a knitted hat pulled down low and flashes of light swam before my eyes as a clenched hand connected with the side of my head.

“Get the fuck on with it! I’ve got the other one’s jewelry and bag.”

My arm was forced to my side and a heavy-heeled boot crunched down. My fingers were bent and twisted as my grandmother’s eternity ring was yanked from my finger, my attempted high-pitched howl silent without air to give it sound. The chain of my necklace bit into my neck before it snapped. The flesh of my stomach caught fire as my belly bar was ripped from it without being undone. I curled into a fetal ball as feet ran away. I sucked air into my lungs in desperate gulps and my stomach heaved.

My butt hit the floor again and I woke, covered in sweat. I ran to my bathroom just in time to kneel and vomit into the toilet bowl. I kneeled straighter after my stomach emptied and my bedroom lit up over my shoulder.

“Ness? Another? So soon?” Jules asked from the bathroom door.

I nodded and flushed.

I ran the cold tap in the sink while Jules was gone, splashed my face and cleaned my teeth. Jules walked into my bedroom and handed me a bottle of mineral water as I straightened the duvet on top of my bed. I took the bottle and sat, legs out, my back against the headboard. Jules leaned back alongside me.

“So, walk me through your day.”

I sighed and closed my eyes. Jules squeezed my hand.

“I know it sometimes seems pointless, babe, but it’s got to be done. I’m sure there must be something that reminds you of the mugging and triggers a memory in your subconscious to make you dream about it, even if you don’t recognize that something for what it is at the time.”

I opened my eyes and drank a mouthful of water.

“It’s been over three years since the attack, Jules. And still the dreams come and go for no particular reason that we can see. It does sometimes seem hopeless.”

“Well, I’m not going for hopeless. Yes, the dreams appear randomly, none for three months then two this week, but that’s the point. Something has got to be setting them off. So come on, girlie. Get on with it. Step me through your scintillating day in the back office of Belmond’s of London.”

I sat up straighter and squeezed Jules’ hand.

“Thanks, Jules. I know it’s tough on you, too, having to keep going backward. You were as badly hurt as I was.”

“Yeah, but I don’t get it all back in glorious technicolor when I’m asleep. So, yesterday, you got up, showered and walked to the bus stop. Take it from there.”

I closed my eyes to concentrate and talked Jules through my very ordinary day. The queue at the bus stop, the passengers on the bus, a day at work in the office and we searched for a something—a pair of eyes that reminded me, a certain chunky body shape, beer on none-too-fresh breath, a piece of jewelry that looked similar to that taken from us—and came up with nothing, as usual. Jules put her arm around my shoulders when I finished.

“The trouble is that we’ve got so little to go on. It was so dark and once we were both down, we were in too much pain to take in the detail. But we’re not giving up, Ness. We’ll work it out one day.”

I slipped my arm around my friend’s waist.

“I hope so, because one thing I’m sure of is that I’m never going back on those tranquillizers the doctor gave me, even if I have to be like this until I’m old enough that I don’t remember the bad stuff because my memory has leaked out through my ears.”

Jules wrinkled her nose. “It was a bit like living with an automated puppet, babe. But the police have still got the DNA from under our fingernails. It’ll make it better for both of us if they catch up with them one day.”

I sniffed and rubbed my finger under my nose. “At least nobody will take us down like that again.”

Jules sat up straighter. “Too right they won’t. The Girls’ Club has made sure of that. Anyone tries sneaking up on us like that and they’re going to be the ones eating dirt, not us.”

I let go of Jules’ waist, picked up my phone and checked the time.

“It’s nearly five. I’ll try and get a couple more hours’ sleep. If I go into work already yawning, I’ll have nodded off at my desk even before the first coffee run at ten.”

“Why don’t you just tell the agency you’d prefer something else?”

I shook my head. “No, I’ll have to see the rest of the six-month contract through at Belmond’s. It’ll look bad on my resume if I change jobs too quickly, although I could kill Liz at the agency. A challenging position in the finance department is what I asked for. A data entry payroll clerk is what I got.”

Jules smiled and swung her legs off the bed.

“Yep, stunning use of your degree there, girlie. But you’ve nearly got the first month out of the way and at least you’ve got the Maisie, Annie, Jason thing to watch to stop you from falling asleep.”

I slid down the bed and flicked my duvet over my legs.

“Well, Maisie was definitely the winner today by two coffees to one. And it’s the big day tomorrow. The solid wall is coming down and the new half-glass one’s going in.”

I blew Jules a kiss as she turned my light out.

“Night, Ness. See you in a couple of hours.” 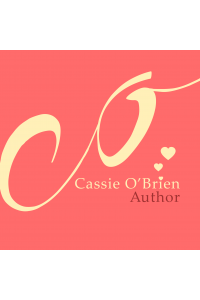 Being with family and friends.

Writing and having the freedom to do so now child four of four has passed her driving test and is off to uni later this year.

Any excuse to throw a party.

Any excuse to open a bottle of fizz.

Shoes in vast quantities – the higher the heel the better.

To write many more books.

To own a pair of Louboutin’s.

To never go near an iron or a hoover again.

I loved it. Beautifully written, gripping storyline and main characters!

Share what you thought about The Girls' Club and earn reward points.