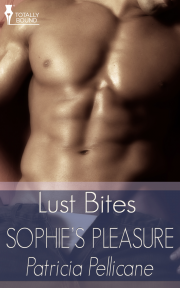 With her psychic abilities, Sophie occasionally helps out the police on cases that appear to dead end. Joe Palermo is a Suffolk County detective and Sophie's brother-in-law's partner. Sophie and Joe dated briefly when she was a teenager. Joe, upon seeing her again, is very interested in taking up where he once left off. He can't imagine why he let a woman who looks like her get away.

Sophie is adamant and tells him straight out, she wants no relationship with him. Still a woman doesn't have to have a relationship to sleep with a man, does she? She was too young the first time around, but Sophie is a woman now. A woman who knows exactly what she wants.

Sophie's Pleasure A narrow, three-storied, Queen Anne style Victorian, beautifully appointed in earthen tones of muddy brown and hunter green with a splash of sienna red sat between two huge modern homes. One block north of Babylon’s Main Street, the tiny Victorian was characterised by gables with yards of gingerbread trim, a turret and spire, plus a bewildering excess of banisters, spindles and a covered porch accented with still more gingerbread trim. Inside, Sophie waited at her kitchen table. Sparkling clean, the room boasted of every modern appliance yet it somehow managed to instil an old world charm, with an oversized, scarred and much-scrubbed oak table and high-backed chairs. Red-plaid cushions and curtains as well as a matching, upholstered window seat added a delicate pink hue to the room as the sun tried to penetrate the fabric. The delicious aroma of fresh coffee and cinnamon buns infused the senses. The entire house, with its shining wood floors dotted with colourful rugs and softly polished wood walls put any who entered immediately at ease. Her brother-in-law, Jake, made himself comfortable at her left. To her right sat Joe Palermo, Jake’s newest partner. Jake’s last partner had retired two months ago. Both were detectives with the Suffolk County Police. Andy Roscoe, a uniformed officer, stood near the door. Jake was married to her sister, and she’d known Joe and Andy for most of her life. She had gone to school with them and had, for a short time, dated Joe while still in high school. Her mother busied herself at the counter, filling huge, colourful mugs with coffee and a plate with hot sticky buns. “Smells delicious, Mom,” Jake said as Marie Russo brought the snack and coffee to the table. A moment later, Jake placed a manila envelope on the table near Sophie. Inside was an article of clothing belonging to a missing girl. Sophie looked at the envelope as if it were a snake. She didn’t want to touch it. She didn’t want to know for sure. But the truth of it was she didn’t have to touch it. She already knew. This wasn’t the first time she’d worked with the police. The last time was six months ago when a young girl had gone missing at the mall. Sophie had given Jake a location to search. Partly due to her efforts, the girl was found that night, abused but thank God alive and wandering the desolate sand dunes near Southampton, miles from her home.
Buy Now 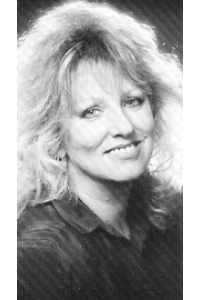 Patricia Pellicane lives on Long Island in New York with her husband and family. She enjoys reading, travelling in her motor home and especially enjoys her grandchildren. "Too bad we can't have grandchildren first. They're a kick." Most of all she loves to write.

Most of all she loves to write. ?Life's tough we all need a bit of fantasy now and then. For myself, I love a happy ending.?

Patricia Pellicane's “Sophie's Pleasure” is a smooth, playful, pleasing novella. Pellicane offers a nice combination of drama, emotional conflicts, and a whole lot of spice in one nea...

Share what you thought about Sophie's Pleasure and earn reward points.