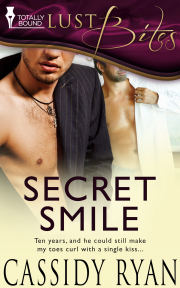 Ten years, and he could still make my toes curl with a single kiss.

Famous actors Ben and James have been best friends and lovers since they met at drama school ten years ago. They have kept the true nature of their relationship a secret, to protect their careers.

But when they agree to help an old friend making a low-budget film, a moment of indiscretion leads to a photograph of them kissing appearing in a national newspaper.

They must now decide whether to let James' publicist 'fix' the situation, or to finally step out of the shadows.

The iron-lace gate rolled aside, protesting every inch gained with creaks and moans. I waved my thanks to the security guard on duty and put my car in gear. The MG Roadster seemed to groan in sympathy with the gate, and I saw the guard wince as I drove through. With James Taylor on the tape deck—it came with the car and it felt wrong to upgrade—I steered along a narrow, winding driveway that went on for almost half a mile through woods and parkland, before Hurcombe Grange appeared before me. I slowed down and let the engine idle for a moment to admire the view. The old manor house, constructed of Bath stone that seemed to glow yellow under the light of that spring evening sun, looked like it might have been built in Regency times. It was an impressively grand structure with countless gables, chimneys, and a kind of crenulated trim around the roof. Weak sunlight bounced and glittered off the small panes of glass in the windows, and I blinked, turning my gaze in another direction. It came to rest on the shiny surface of a sleek, British racing green, Jaguar sports car. A thrill ran through my body and I accidentally pressed my foot down on the accelerator. I tightened my hands on the wheel when the car shot forward, and with a huff of embarrassed laughter, I concentrated on driving. Just seconds later I was pulling up alongside the Jag. "Don’t be intimidated, beautiful girl," I said, patting the dashboard gently and getting out of the MG. "Always remember, you are a classic." I grabbed my battered leather duffle bag from the back seat and considered having another go at the broken soft top, but decided that it would be safe enough there with the roof down. So long as it didn’t rain overnight. As I approached the stone steps at the front of the house, the double oak doors were thrown open, and I was greeted by a wildly grinning Marcus Thurlow. "Oh my God, I knew you would come, you wonderful boy," he proclaimed, rushing forwards to pull me into a hug that hurt my bones and reeked of Hugo Boss. "I told you I would." I laughed, pushing him away. "On three separate occasions, as I recall." Marcus clutched at his heart and ducked his head, looking up at me through lowered lashes. "I’ve learnt never to count my chickens, sweet thing." In my whole life I had never met a gay man as flamboyant as Marcus, and after a decade of friendship I still found it hard to believe that he was, in fact, straight—enthusiastically so. "I see Hollywood Jim has beaten me here," I said, gesturing to the Jaguar with a toss of my head. "We’re just through in the drawing room—at least I think it’s a drawing room." Marcus frowned briefly, then shook his head and waved me inside. "Walk this way, sir." Laughter whispered from between my lips as I followed the exaggerated sway of his hips.
Buy Now

Share what you thought about Secret Smile and earn reward points.

What is next for you?

Right now I’m working on a follow-up book to my novel Kiss of the White Wolf. It’s the story of the boy, Milo, who was rescued by werewolf Luke. I had people hinting and asking for Milo’s story, and it planted the seed! Milo was such a poor wee thing, he deserves his own happy ending…