When love is not enough to heal the scars, both physical and mental, of the one you thought you would spend your life with…what else is there?

It's such a cliché—country boy moves to the big city to follow his dreams, leaving his girl and everything he loves behind—but that's exactly what Gareth Andrews has done. Playing rugby league is Gareth's dream, and he's signed with one of the best teams in the competition, the Sydney Jets.

Of course, that has meant a move to the big city and leaving Emily Mackenzie and everything he loves behind. Not that Gareth hasn't begged her to join him in the city—he has, on bended knee—but Emily needs to stay in Gunnedah and help her father on the family farm until her brother's stint in the armed forces is over. But Gareth knows it's more than that. Emily is hiding away, embarrassed by the scars that mar her body in a constant reminder of the bushfire that nearly took her life.

Can love give Emily the courage to face strangers again when her father is badly injured and Gareth shows up at the hospital to support her? Or will she let her fear and shame get the better of her, and break her one true love's heart for a second time?

It's what they have in common that drives a wedge between them—childhoods tormented by loss and heartbreak that have hardened their hearts.

When Sarah, digital and social media coordinator—or ‘digi-chick’, as she’s been called—is asked to babysit the special guest at the Jets Rugby League Club’s annual Anzac Day clash, she’s hesitant. What will the returning war hero, wounded from battle, think when he lays eyes on her dyed, flaming red hair and her face full of metal piercings? More than likely, the rule-following, uniform-wearing conformist will take one look at her and double-time it away from her feral-looking behind.

But the sexual attraction that sizzles between Sarah and Dylan is evident from their first touch, and despite both having built walls around their hearts, as protection from childhood loss and pain, they are keen to take advantage of the sheet-scorching, orgasm-exploding sexual tension that is simmering between them.

Of course, falling in love was never part of the plan.

One night of regret and a simple lack of communication leads to two miserable years apart. What will happen when the two broken-hearted are forced to reunite?

One night has haunted Cassie for over two years. After agreeing to something she didn’t feel sure about, all for the sake of a man—or more correctly, her fear of losing him, she is still consumed with thoughts of her past.

Although a few years  younger than her Riley Walters was all man, in and out of the bedroom. So much so that Cassie believed he would tire of her sexual inexperience quickly. For him she was just a bit of fun—he never said anything to her to make her doubt that assumption. The reason she put herself in such an uncomfortable situation in the first place—to keep him happy. Of course it didn’t help. Riley disappeared from her life and never had anything to do with her again. Now he’s back, part of her social circle, leaving Cassie to find a way to deal with the attraction she still feels for him even after two years of trying to convince herself otherwise.

Riley was horrified at how much rage he felt that night. Memories of a trauma from childhood quickly surfaced—he was terrified that he was becoming a monster, just like the man from his memory. Cassandra Davies filled his mind, his every thought, his obsession. Now he’s been offered a position at the Jets Rugby League Club, an opportunity to work alongside the people he called family, something he’d always dreamed of—but how will he survive being around Cassie if he can’t drag her into his arms, back to his bed and never let her leave?

They were going to kill him. The collective look in the men’s eyes was one of pure animosity. Emily could see it clearly defined in their faces, could see the intent as they charged towards the man she loved—three huge men, covered in mud and perhaps even blood, judging by the russet-coloured liquid leaking from one of the men’s bandaged head—and there was nothing she could do about it. She couldn’t look away and sat frozen in the moment as she watched the horror unfold before her, silently praying that Gareth would survive the next few brutal seconds.

Then they were on him, two around his upper body, one knocking his legs out from beneath him as they picked him up and slammed him, back first, onto the hard ground. The four men wrestled together. He was caught beneath the onslaught from the three above him—she could see him struggling to get to his feet. It really only took a matter of seconds, but for Emily it was a lifetime. Her heart raced, her palms moistened and she could not get the air into her lungs to take her next breath, the fear he would be hurt was so overwhelming.

Just when Emily thought she could bear it no longer, the men stopped struggling. They broke away, stood and faced each other. Gareth reached down, put the ball under his foot and rolled it behind him. Emily drew a breath down deep into her oxygen-deprived lungs… The tackle was over.

Every game was the same for Emily. It didn’t matter that for all intents and purposes Gareth was no longer hers, by her own choice. It would always be like that for her—the same fear, the same panic that overwhelmed her as she watched him play his beloved rugby league. It had started way back in the days of their childhood when she and Gareth had been joined at the hip, back when she would accompany his family to those junior rugby league matches. Emily always had the same reaction—horror and fear as she watched every tackle in a hypnotic trance, a panicked state, her breath trapped in her lungs until the moment she saw him back on his feet, healthy and unharmed despite the brutality of the sport he loved. She had never loved the game the way he did. Her only reason for watching was for reassurance that he remained uninjured, and had survived his time on the field without harm. She didn’t care if the team won or lost. For Emily, it was just about Gareth.

Of course, her family—and even Gareth himself—had no idea her interest was so limited. They believed her a true fan of the sport. Why wouldn’t they? She had been with Gareth for every local game he’d ever played. Well, apart from that time she had been in the hospital, but she would have been there watching if she could have.

As Emily tuned out, uninterested in the commentator’s wrap up of the televised game, she absentmindedly rubbed at her scars, the puckering skin of her deformity, the unkind reminder of the day her world had changed. She was hardly aware of her unconscious movement—her focus was on her relief that the final siren had sounded, concluding yet another game her precious Gareth had remained unscathed.

“Chin up, Em. This is what you decided. No point second guessing or reminiscing. Gareth has moved on, his life is in the big city and you have chores to do.” She spoke the words in an attempt to quell the usual sadness she felt, as her only link to Gareth ended with the conclusion of the television broadcast. Emily turned the seldom used television off, waited till the black screen was all that was left to see and walked from the room. Her posture was hunched, her gait slow as she headed to the barn to feed the horses and clean the stalls. The routine, mundane tasks would fill her mind enough that the pain that lanced her heart would eventually fade.

Her father’s deep voice breached her thoughts, bringing her back to the here and now, preventing any further painful memories from surfacing.

“Yep, they won. Gareth came through okay.” Emily didn’t want to discuss Gareth any more. It was better to push him from her mind for now, knowing full well that it would only be a week before once again she would sit white-knuckled in front of the television, riding every moment with him, feeling every knock he took as if it was her on the field. Why she could not just keep herself from this anguish week after week, she could not explain. It was just something she had to do.

She had sent him away, destroyed every plan they had ever made for their future—and they had planned and dreamt about what a perfect life they would have together, had talked of such things late into the night on many occasions. That was before she’d pushed him from her life, but she could not stop loving him, worrying for him. Emily knew this like she knew she would take another breath, and until that last breath she would love Gareth like no other. 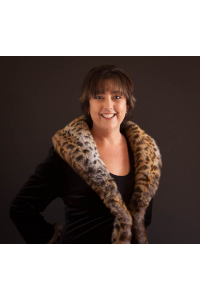 Share what you thought about League of Love: Part Two: A Box Set and earn reward points.