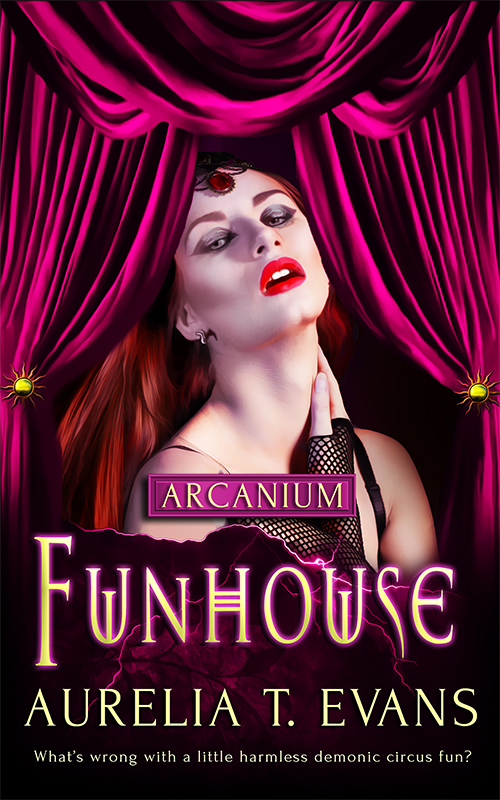 Book 7 in the Arcanium series

When Neve enters Arcanium, her six-month marriage is already on the rocks, in part because of her complete lack of interest in sex. However, after making a frustrated wish in front of the fortune teller, she leaves seething with sexual desire that calls the Arcanium strongman straight into her bed and pulls her right back into the circus and under its jinni owner’s thumb.

Neve is unprepared for the onslaught of lust coming at her from every side—from the sex demons that charge the circus with excruciating sexual tension to her exhibit in the haunted funhouse, where hands stroke her sensitized skin for hours on end without relief. What’s worse, the jinni has more insidious plans for her in the secret Funhouse, private esoterica events where Arcanium can go as far as it wants.

But after a lifetime of combating men’s objectification of her, fighting to be seen as a person rather than as something to seduce, her new raging libido and the impulses that accompany it make the effort all the more difficult. Among the free-spirited and tempting cast of Arcanium, Neve struggles to determine what she’s willing to become.

Share what you thought about Funhouse PRINT and earn reward points.

Other books in the Arcanium seriesView Series Page