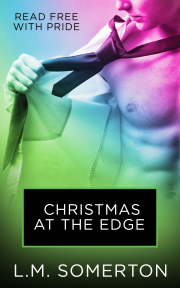 Christmas at The Edge

Christmas at The Edge will be extra special this year.

Joe and all the staff have been secretly plotting to get Olly the one thing he wants more than anything in the world—well, apart from Joe of course. The only problem is, this present comes with four paws and a tail. Combined with Olly, that’s a whole stocking full of mischief.

This was such a marvellous short story. Seeing the look on Olly's face when he realized the puppy Aiden was carrying was a gift for him was entirely priceless. I'm not so sure the Edge is ready for b...

Share what you thought about Christmas at The Edge and earn reward points.