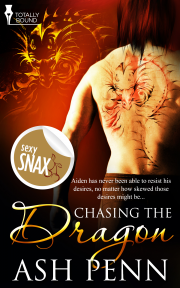 On his birthday, Aiden has only one thing on his mind. Spending time with the only man he will ever love. The one man he can’t have.

A decade has passed since Aiden last set eyes, or hands, on Kai. Yet when Aiden tracks him down in order to keep a promise to spend their thirty-second birthday together, it’s as if only a breath of time has swept by since they were last together. The attraction they share is as intense as ever despite their years of separation, and Aiden’s decade-long marriage to a woman.

When Aiden learns that Kai’s current relationship has broken down, he’s compelled to invite Kai back to his hotel room for the night. Aiden believes if they both try hard enough, they might become true brothers again and banish the rogue feelings that originally tore them apart.

Only, Kai doesn’t agree. It’s his birthday too, and he’s got plans of his own. Plans that involve shunning a twin room in favour of a double. And Aiden has never been able to resist his desires, no matter how skewed those desires might be.

Reader Advisory: This books contains a twincest storyline and scenes of dubious consent.

I recognised his voice at once. The clipped tones cut the air like a laser, splitting the night into two distinct possibilities.

“This isn’t your decision, despite what you may think, darling. I’m choosing to leave you. Do you understand? I made up my mind days ago. I couldn’t bring myself to break that lump of solid muscle you call a heart!”

I stopped just around the corner from the high street where he lived in a white-front Victorian terrace that opened straight onto the pavement. If I continued on the stroll I’d taken the previous afternoon, he and I would casually bump into one another and both stake claim to the most surprise.

The alternative involved kicking back in the other direction to my hotel for a drink in the overpriced bar followed by an early night. I had a long train journey ahead of me come morning. Still, fate had provided this opportunity, and since I’d made a certain promise a very long time ago, I drew my coat closer and rounded the corner in six broad and determined strides.

He stood in the road, staring up at his house as though he’d been tossed from the depths of an exclusive club and lacked the authority to re-enter. The bedroom sash stood open, and what I assumed to be his clothing lay strewn over the street. A pair of underpants straddled the white centre line. A shoe had scaled the kerb on the other side of the road. A tangle of jeans sat in a heap at his feet, and above his head a shirt dangled precariously from the top of an LED streetlamp.

“Kai.” My voice barely disturbed the air, yet he spun around as though I’d bellowed his name.

“Oh hello, love.” He staggered towards me on long, black-clad legs the width of liquorice sticks. “Might I trouble you for a cigarette?”

A cigarette? He was drunk. Or high. The last time I’d seen him, he’d been both. “Kai, it’s me.” I stepped beneath the streetlamp, and stopped just shy of what looked very much like a glossy, silk thong.

“Did you think I hadn’t recognised you?” His eyes narrowed. “It’s not been that long, has it?”

“Lord.” He pushed a hand through fine strands of hair that flared the colour of vibrant flames under the artificial light. “We’re thirty-two already?”

“Well, it is the twenty-fifth.”

“I’m quite aware of the date.” He huffed out a sigh. “It’s just that I’ve been passing myself off as twenty-eight for years. Looking at you now rather knocks that delusion on the head, doesn’t it?” His lips quirked in obvious annoyance. “Happy birthday, I suppose. Did you say you had a cigarette?”

I ignored his veiled insult. His tongue always sliced deepest at his most vulnerable. I’d just witnessed him lose both his boyfriend and his home. He must be terrified. Devastated. He wouldn’t show his fear, though, no matter how many years we spent apart.

“The day you left.” The day I decided to give up all my bad habits, for good.

“You’ve done very well.” He squinted at his front door. “I’ve never been blessed with your willpower.”

As I opened my mouth to tell him he’d scraped together enough willpower to stay away from me for the past ten years, the door to his house opened and a young, muscular guy stepped onto the pavement in bare feet. Broad-chested and insanely handsome in a sporty, rugby-playing way, his eyes shimmered with a mix of pain and betrayal. He stopped in front of Kai with his toes overhanging the kerb, and dropped an empty overnight bag into the gutter between them.

As he turned to go back inside, his glare snagged on me. His eyes glittered with surprise and a touch of disbelief as he scanned my face and found enough familiarity within my features that he staggered backwards. He righted himself with more elegance than his muscles suggested.

“No.” He shook his head and pushed a palm just high enough to block out my face. “I’m not even going to ask who you are.” He made two deliberate strides back into the house then, almost as an afterthought, he looked back at Kai from over his shoulder. “I’ll take the cats to the shelter in the morning. Collect them from there when you’re ready.” He punctuated the last word by slamming the door shut behind him.

I've written stories about men loving men for as long as I can remember. In the days before computers and the internet, I used to hide my stories away convinced there was no market for women who wrote gay male fiction. Fast forward a few years (okay, quite a few years) and there's not only a market, but a whole empire out there for writers like me. I'm thrilled to be able to contribute my stories and take pride in what I write.

Many of my characters enjoy making my life as difficult as possible by refusing to take the easy pathway to love. They prefer to swagger through the undergrowth and laugh at me as I point at my story outline and demand they get back on the route I painstakingly mapped out.

Lately I've discovered it's far easier to let them dictate what happens and when, although I do get my revenge when it comes to giving them an undesirable trait or two to contend with. My characters are as flawed as their love lives, but they will usually find a kind of imperfect perfection in each other by the time I type 'The End'.

I enjoy the relationship angst between Aiden and Kai…It is a gripping story of two men whose lives have been tortured and altered by a love and attraction to each other that they...

With a delicate balance of physical passion and deep emotionalism, Ash Penn shows readers just enough of the past to bring the present to life. While tackling the subject of twincest, Chasing the Dragon is more than an erotically written t...

Share what you thought about Chasing the Dragon and earn reward points.