Anthony was a painter until he lost the ability to see colour. Worse than colour blindness, the edges of objects and people blur together, making it almost impossible for Anthony to interact with anyone or anything. After retreating from the world for decades, he sees a glimpse of yellow that leads him to a musician, Teague.

At first Anthony is frightened and overwhelmed by the colour, but he can’t stay away from Teague for long. He finds the courage to confront Teague and explain his unusual problem and what he believes Teague’s role is in helping him. To Anthony’s relief, Teague believes him. Very quickly, they both suspect that getting the colours back is more important to Anthony than his relationship with Teague.

If Anthony pushes too hard, he’ll lose Teague, and possibly the colours, forever. 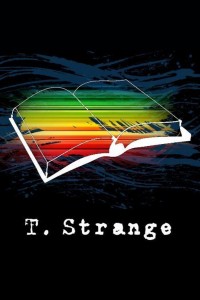 Share what you thought about Amber and earn reward points.